The Infectious Madness of Doctor Dekker Coming to PS4, Xbox One and Switch!

Bridgend, UK, 30th November 2017 - Wales Interactive are delighted to announce a partnership with D’Avekki Studios to bring the Lovecraftian FMV murder mystery, The Infectious Madness of Doctor Dekker, to PlayStation 4, Xbox One and Nintendo Switch in Spring 2018.

In The Infectious Madness of Doctor Dekker, YOU are a psychiatrist, trying to solve a murder whilst treating the unusual patients of the recently deceased Doctor Dekker. Ask any questions and collect the evidence as you uncover the identity of the randomly generated murderer whilst figuring out how to fix the chaos left behind.

The Infectious Madness of Doctor Dekker invites you to explore the shadow reality that your patients inhabit – a world full of paranormal strangeness and horrors that go bump in your head, where all you have to rely on is your own mind.

Originally released on PC, the text adventure FMV is now optimised for console to include a suggested questions system which eliminates the need for a keyboard. Anyone with a keyboard will still have the option to type questions, phrases or keywords. The console version will also feature visual and navigational UI enhancements.

RANDOM MURDERER - Chosen at the start of the game to combat spoilers.

MULTIPLE ENDINGS - Find out whodunit, and what happens to you and your patients...

“We couldn’t be happier to bring D’Avekki’s sinister murder mystery to PS4, Xbox One and Switch. Our previous interactive movie titles, Late Shift and The Bunker, have been really well received and our growing community of FMV fans have expressed an appetite for us to publish more of these titles. TIMODD is another great example of a modern FMV game and we’re delighted to collaborate with D’Avekki Studios to bring this title to a wider audience.” David Banner, Co-Founder and Managing Director at Wales Interactive.

“Wales Interactive have curated a superb catalogue of FMV titles and we're really looking forward to working with them on the console releases." Tim Cowles, Director and Co-Writer at D’Avekki Studios.

“The Infectious Madness of Doctor Dekker puts the psychology in psychological horror — each character has layers of twisted story to uncover and the player can choose to help them and steer them towards their happiest ending, or hurt them and lead them somewhere much darker.” Lynda Cowles, Co-Writer at D’Avekki Studios.

Wales Interactive are multi-award winning independent games developer and publisher, based in South Wales, UK. Our catalogue of titles include Late Shift, The Bunker and Don’t Knock Twice, and we develop and publish on a variety of platforms including PS4, Xbox One and Switch. We are passionate about video games and our aim is to create original games that entertain the world as well as put Wales on the video games map. Visit us at www.walesinteractive.com.

D’Avekki Studios are a husband-and-wife team who have been making murder mystery dinner party games since 2004, as well as numerous other film and game related projects. Visit us at www.davekki.com.

HEADSPUN IS AN FMV/ADVENTURE HYRBID SET IN THE HUMAN BRAIN, COMING TO PC, MAC & CONSOLE THIS SUM 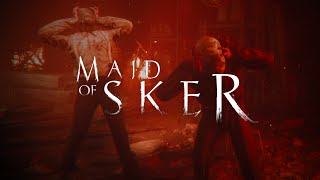 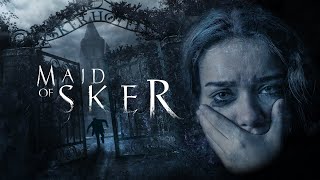 Maid of Sker to have physical release on PS4, Xbox One and Switch this Summer